skip to main | skip to sidebar

My name is Esteban Martin Aguilera I’m from Argentina Buenos Aires and the reason why you get to see my letter posted on this website, is because I was a Northern too.

Back in 2001 I’ve changed those overcrowded and hot streets of Buenos Aires for the fairly cold weather of this small town in Maine, United States.

I left home on 28 of December 2001 expecting to have the greatest charismas party ever at the central park, but as soon as I arrived the JFK I realize that the whole thing was just a dream and it was not meant to be, a least not in this trip. At that time NYC was overloaded with travelers, families and some natives waiting anxiously for 31st of December to be here to stay, and that left me out of the game with no rooms avail in town. 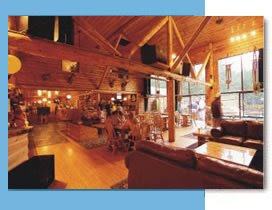 I decided to leave that dream behind, grab my bags and walk me out of the airport after I asked for the nearest bus station. 30” minutes after that I was resting on a greyhound seat on the road to Waterville, Maine.
After asking the driver million times where I should jump off the bus, finally the call was made and Waterville was in front of me eyes and under my skin, meaning - I was freezing myself out there!!

Next day I was eating the biggest and tastiest burger ever at the NorthernOutdors resort and that’s not all, I toke me just a few minutes to know how was behind such a great piece of art. While walking through the kitchen I meat Mary Lu, Sahra and Marcus how were the Picassos on the kitchen that morning. After that I meat all the staff members like Dennis, Sarai, Don, Peter, Nicole, all Sarah’s, Judith, Mike, Michelle, Steve, Mark, Scooty, Cody, Jackie, CM, Kevin, Scooth, Shaun, Tom, Arty, Russell, Suzie and Jim. I have also met some many other foreigners too… like Igor and Christiano from Brazil and Kammy and Anton form South Africa.
At that time we were ready to go! Next morning at 6:00am sharp we were at the lodge waiting anxiously for the first customer to show up, because at that stage I was already part of the staff for the winter season…yeahhhhhhhhh!!!!

Along with the wonderful people at NorthernOutdoors where some many other great thing to enjoy in these small town named the forks, like the sky-doo driving experience, the hunting outdoors practices, the hut tub, the gym, the cabins, the game room, the pool table, and the best beer in the region brewed by the master of the master’s, a great fellow named Mike.
“Kennebeck River Brewery” was the kick off of something that will never stop… I became a beer devotee for the years to come…and since then, there’s no fun if no beer’s around…

In the kitchen I’ve meet 3 of the best chef’s in the world, Scooth, Kevin and Shaun, who few month’s later I came down to Argentina and visit me there.

That was confirmations of how lucky I was for have ever known this part of the world named Maine. He became my friend and my brother, even he became my snowboard Mate!!! Along with Anton, Igor and a cool colleague named O’Connor from the Sugarloaf staff. Together we rock “the mountain of the pure rock” whit our boards. 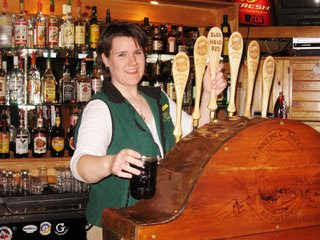 Ohhh man!! There are many, many things that I will never be able to remember from this experience, that’s for sure! But there is just one thing that never slips in my mind, and that one thing is, that the summer at NorthernOutdors is ever better than the winter!! So you may get to see me back in the wood soon…

Posted by Esteban Martin Aguilera at 5:12 PM No comments: